Skip to Content
Home Personal A pie, marked with a G
by

As far back as I remember, whenever my family gathered for a homemade meal – me, my sister, my mother and my Tutu and Gramps – at some point one of us would ask what was for dessert and my Gramps would answer – every. single. time. – “Hot mince pie and ice cream.”

And for a long, long time when he talked about mincemeat pie I thought he meant an actual meat pie, and the thought of a meat pie with ice cream was pretty gross, and so for a long, long time I thought he was joking, as Gramps would occasionally do. Like when he tried to convince us he was colour blind, or when he would answer every question in Trivial Pursuit with “James Watt.”

So one fateful Boxing Day my Dad had gotten pie for dessert from his across the street neighbour (who eventually opened a pie shop in the neighbourhood, and delivered us about a dozen free pies for the post-funeral reception at his house after he died), and one of them was mincemeat. And I tasted it.

And suddenly I knew why Gramps had always wanted hot mince pie and ice cream for dessert and struggled to understand why we had never made the effort to find one for him.

It has now fallen to me to host Christmas Eve and Christmas at our house, and once I learned how to make pie I went to the effort of picking up a jar of pre-made mincemeat (because I don’t think I will ever have the patience to make my own) and baked it into a pie.

Finally, I was able to serve my Gramps a Christmas dinner topped off with hot mince pie and ice cream.

This year is our first Christmas without him, though we had to go to him last year as we couldn’t get him to the house. It’s an absence I will be feeling for the rest of my life, but I baked him a pie, marked it with a G. 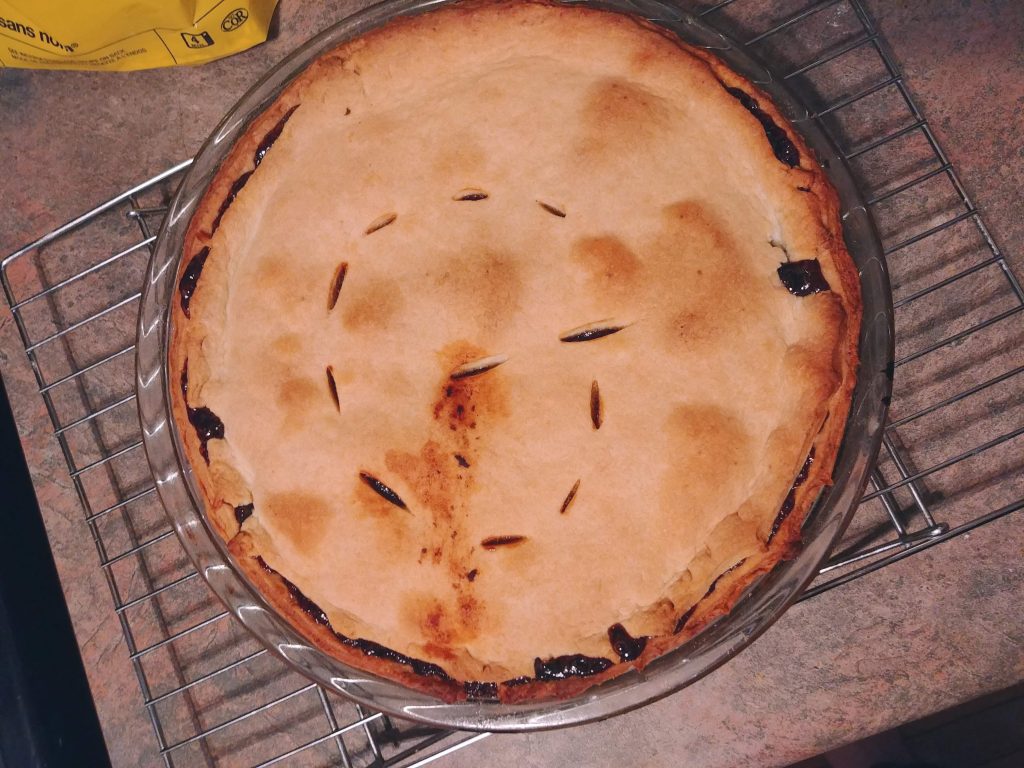