In Quebec City With the Sea Mammals

At the very end of the summer I took a few days of vacation, too advantage of Via Rail’s summer deal allowing kids to ride the train for a mere $15, and took a page from my bucket list, and off to Quebec City we went, just me and the kid.

Not one, not two, but three fellow parents told me the Museum of Civilization was a must.

We had a good time on the train, the two of us, and lots of space, but the cab ride to our hotel was something else. After being inside the train for six hours we had wind on our faces and beauty all around us. Steep hills and shining water.

As we settled into the hotel (after we went for a swim) I tried to plan our two days there. We had one full day, and most of a second as our train back didn’t leave until 3 pm. The aquarium was walking distance from out hotel, but the old city was decidedly not.

The kid wanted to do the aquarium first and foremost, above all else, but I made a deal with her and we agreed that our full day would be spent on a hop-on, hop-off tour bus. One that stopped at this kid-friendly musée. We hopped off there, and at the Plains of Abraham (where we had ice cream, because what else do you do at such a historic location?)

The star of day one, though, was nothing that we saw on the bus tour. Quebec City during the summer has, right at the base of a statue of Jacques Cartier that apparently doesn’t actually have his face, buskers performing every 30 minutes to crowds of tourists. And we happened to arrive back from our tour, too early for our shuttle back to the hotel, right as two acrobats began their performance. My kid, the gymnast, was enthralled. She didn’t want to leave – until I told her the next shuttle would be a two-hour wait.

And then finally on day three we walked down to the aquarium.

While we saw fish, stingrays, all kinds of seals and polar bears, the stars of our visit were the walruses.

When she was younger, my kid would do cartwheels anywhere, anytime, all the time. She did cartwheels so much of the time that I started taking pictures in different locations and posting them to a cartwheel album on Facebook, and I promised my friends that we would get plenty of Quebec City cartwheels.

When the walruses started coming up to the glass to check out the people checking them out, I saw an opportunity. I stood back, got my camera ready and told the kid to wait until she saw the walrus back at the glass and then do her cartwheel. So she did, and I snapped. 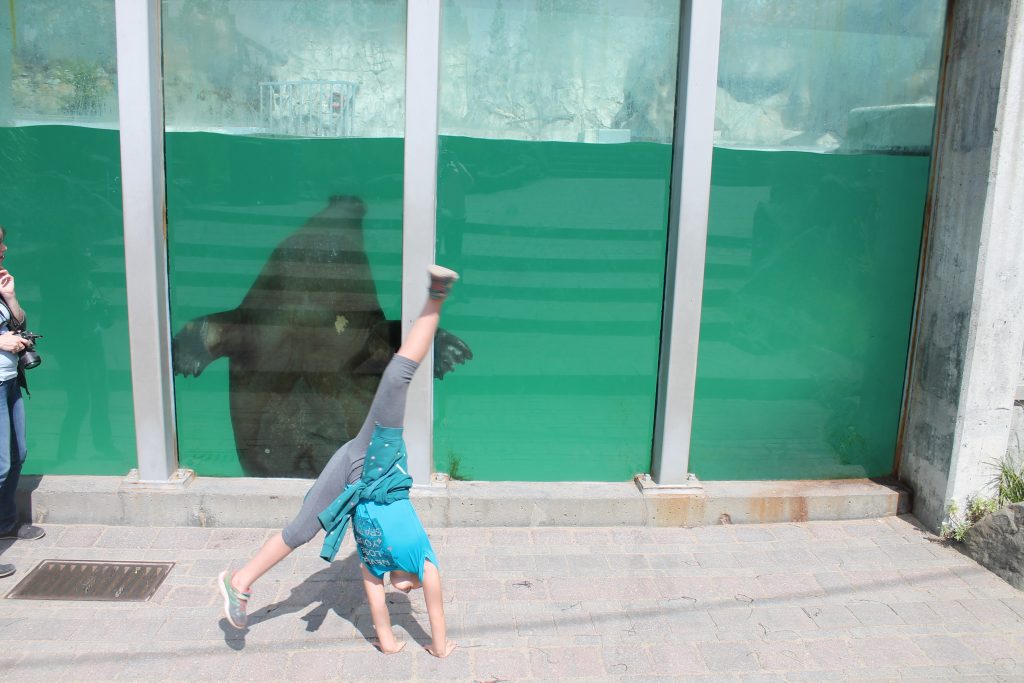 And then it became apparent that walruses are fascinated by cartwheels. 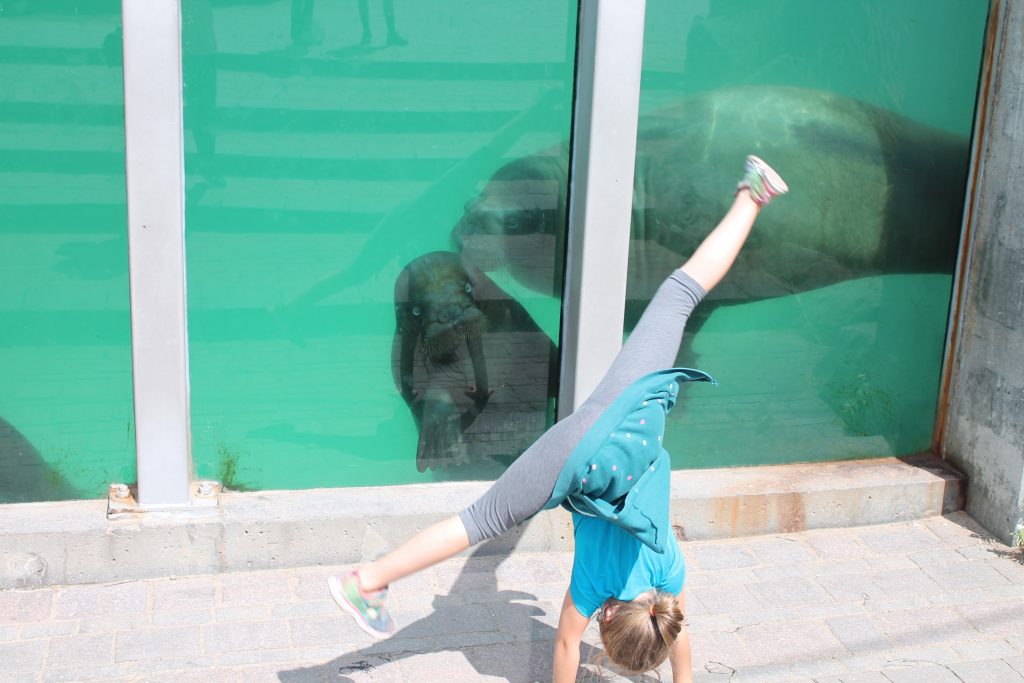 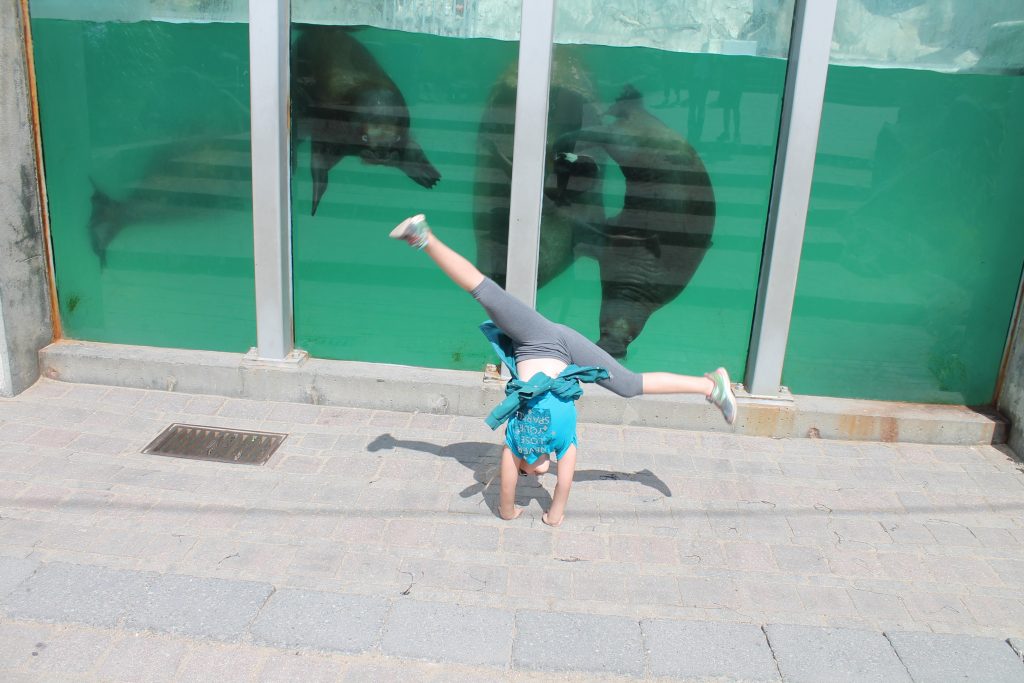 All this to say: We made new friends.