I have always been the fat kid. At least it feels that way for me. There is photographic evidence to the contrary… 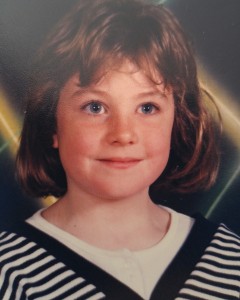 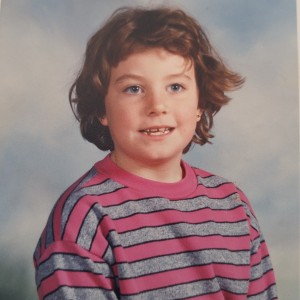 …but I have certainly always been fatter than my brother and sisters, and way fatter than the sister I grew up with. I am now the mother to a thin, healthy, strong and active child and I wonder what people think of the two of us together. I’m at my highest weight ever and here is this child who never stops moving, eats all the vegetables she can get her hands on, knows when to stop.

I have never been a good eater. I have trouble eating on waking and breakfast has always felt like something others are trying to force on me. I eat late because I stay up late. I have always been a night owl. But life doesn’t work that way.

When I was in Grade 9 I went to visit my Dad and he asked if I had lost weight. I didn’t know. When I went and weighed myself after his question it seemed I had managed to lose about 40 lbs.

This happened because I had given up on the bus and started walking home from school, and also because I wasn’t eating anything during the day.

I would have the occasional muffin or box of Smarties, sometimes I would partake in cafeteria meals, but mostly I was just not until until I got home around 4 pm.

And it didn’t occur to me until the past few years that the way I eat, and certainly the way I was eating back then, is disordered. I lost 40 lbs because my caloric intake took a nosedive into unhealthy levels and my activity levels shot up the other way.

And somehow since then I have been focused on that weight lost as some sort of success that I haven’t been able to repeat. And somehow food has become the focus of all my emotions. And to this day my eating is disordered and I lack the capacity to feed myself, even as I worry about the nutrients my daughter is getting to make sure she has energy.

The same way I worry about her sleep patterns even though my own are ridiculous.

So where do we go from here?