When to worry about a concussion

We had a bit of a situation here a week or so ago. Around bedtime one night the kid told us she had a headache and then explained that she had hit her head at school. The teacher didn’t see what happened, but our daughter was crying. She was sent to the office for ice and apparently seemed fine at school for the rest of the day.

That’s when it dawned on me that she might have a concussion. I tweeted for advice and called Telehealth and all signs pointed to getting her to the ER, especially since we didn’t know much about the actual event that caused her injury.

We are very, very lucky in Ottawa to have the Children’s Hospital of Eastern Ontario. I spent time at CHEO during my childhood and now I have it as a resource for my child. I believe it is the best place for a sick child to be. We arrived in the ER and ended up spending only about an hour as it wasn’t very busy. The doctor did an assessment of the kid and told us that she “examined beautifully,” meaning that we didn’t have reason to worry, but we needed to keep an eye on her for the rest of the day to make sure.

Since I have a passing awareness of concussion symptoms I knew that I should probably be concerned, and the friends I have on Twitter were a great resource as well. I also know that some people don’t have the same awareness, so I wanted to share our story and some information here for other parents.

CHEO gave us a great handout and you can read it here. It’s fairly easy to do an assessment if you see the injury and the person loses consciousness. But not losing consciousness doesn’t mean it’s not a concussion. There are other physical symptoms that could mean your child has suffered a head injury:

The kicker for the nurse at Telehealth was when the kid confirmed for me that she was having neck pain as well as complaining of a headache.

We were very lucky that our kid was okay after her accident, but I think it’s especially important for parents of young children to be aware because if you don’t ask your kids might not know to tell. 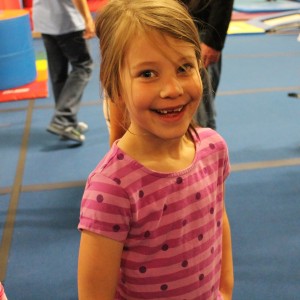 And since we have a very active kid who is involved in sports like gymnastics and soccer I’m going to keep this information in my back pocket for the future.