Skip to Content
Home Personal Tourism in my hometown
by

When I first got the email from Ford about the Focus on my City campaign I was excited to drive around Ottawa and explore. Doing it all in an electric car was just a bonus.

Now I have a problem. Because I know that the Ford Focus electric would be a perfect second car for us when one of us has to commute. And it’s also really fun to drive.

I decided to spend my Focus on my City day with my mom. We picked up the car and headed to Art Is In Bakery and had wonderfully buttery croissants and coffee. (Well, I had coffee. My mother, inexplicably, doesn’t drink coffee.)

We also bought some of their wonderful bread to take home. 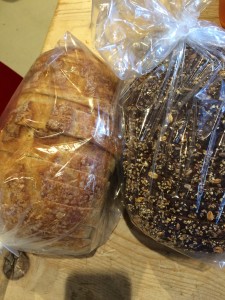 Then we headed over the bridge to the Gatineau side (seriously, have you really taken in that view of Parliament from the bridges? Postcard perfect).

We headed out to Le Nordik spa to spend some time in the baths. Le Nordik is a beautiful space, and getting there was a beautiful drive. But when we did get there it appeared that everyone else had thought about spending their day in the baths at Le Nordik. The parking lots were full and the line was to the door.

We debated whether we would actually be able to relax with this many people sharing the experience with us and decided to move on to stop number three.

To get there we had to drive through a bit of Gatineau Park, and I felt a lot less guilty passing all the cyclists knowing I was in an electric car… 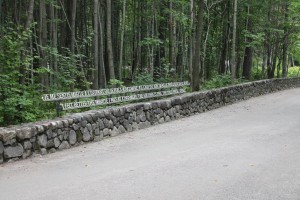 If you’ve never been up to Kingsmere, it’s a beautiful place that also happens to be full of history. We had made a reservation for high tea but there was no problem with our being early. 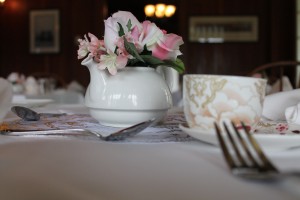 The traditional tea comes with a three-tiered platter of treats. The scones were so delicious (and still warm from the oven) that we bought half a dozen to take home, along with some of their jam.

There’s lots of space to explore at the Mackenzie King Estate. The fake ruins are of particular interest because that’s a really weird thing for a Prime Minister to build. Of course, walking up to the tea room there was also a picture of King with his two dogs, who he reportedly tried to communicate with through his medium, so what is weird, really?

As we wound our way back into the city I checked on our battery status – really liked the console in this car, especially since I was using the GPS and my directions were right in front of me. 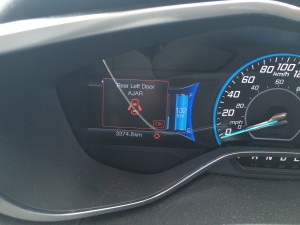 I calculated that we had enough power left to head home and give Joe, who is a fan of cars in general, and the kid a short ride.

Whenever we’ve driven other cars, Joe always misses the pick up that our VW has. When you’re getting on the highway or you have to pass someone you know you’ve got the power. I wanted to demonstrate that this little Ford Focus, even though it’s electric, has no trouble getting up to speed quickly.

And I also I wanted to drive it a bit more. 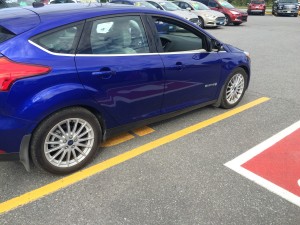 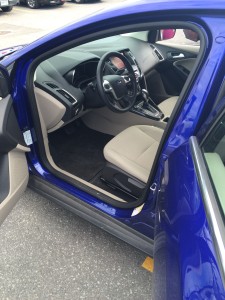 I was sad to return this one after just one day of adventure. It was a fun little car to drive, with all the tools and extras. I didn’t have to recharge it during our trick, but the car itself can help you find the nearest charging station. Given the size and storage space it could never be our primary car, but as a second car for community and running errands I’d highly recommend it.

Disclosure: Ford allowed me to borrow a Ford Focus Electric for the day as well as providing me with some spending money for our adventure. All opinions are my own. Check out #FordFocus on Twitter to see what kinds of adventures people are having near you.