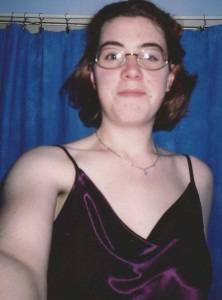 I had such a plan for my life back then. I was ready to spend the next seven years in school and become an Athletic Therapist and eventually work for a hockey team.

Fifteen years later I’m going back to university for the third time to get a Masters degree in politics. In between there is a whole lot of bad decisions, mistakes and hard times. There’s one day I spent living in Toronto, one month in Montreal, three months in a very small town in Alberta and four in a very small town in northern Ontario. Jobs that I hated, jobs I wasn’t very good at, jobs I loved and excelled at. Long talks on the phone with my mother, in tears. Long talks with my dad, seeking guidance.

15 years later I have a five year old, I have a diploma and a degree and I’m heading for a Masters, I have a husband. All of these things would have been a surprise to 19 year old me, I’m pretty sure. I didn’t ever anticipate getting married. I never thought I’d be a mother.

These 15 years have not been wasted, that much I’m sure of.