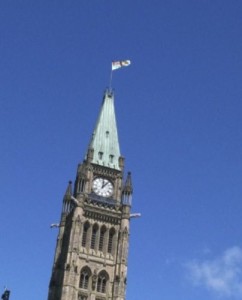 I grew up in Ottawa. I have moved away a handful of times but I have always ended up back here. When I got to work on Parliament Hill it was a privilege every day. I almost had to pinch myself every time I got to walk up the steps into Centre Block.

This city is part of me. I am part of it.

And this morning I happened to have CBC News on while I was doing some work and I looked up and the picture said Breaking News and there was Parliament Hill, Centre Block surrounded by police cars. And suddenly the world spiralled out of control.

The place I used to work, the centre of my city and arguably the country was under attack, nothing was clear. My friends and former colleagues under lock down. I quickly checked in with everyone I could think of, and settled in to watch the news all day, following Twitter and trying to make sense of something that doesn’t make any sense.

But at the same time I had trust that everything would be alright. That the military, RCMP and police we have here would take care of us all. And they did.

This was an act meant to produce fear, but I’m not afraid. I am angry that you think you can come here and do that to us. We may seem meek but we are fierce. We are protective. We don’t take kindly to threats like this.

And we have a lot of friends.

Sometime in the next few days there will be a gathering on Parliament Hill to demonstrate our strength, our solidarity and our lack of fear. I will be there, I will be wearing my poppy. I will be surrounded by hundreds if not thousands of others.

Some people online were saying this is Canada’s 9-11, that Ottawa is comparable now to Newtown, to Fort Dix, Aurora. This doesn’t compare to that. There is no way this incident compares to the devastation that has happened elsewhere.

We lost a soldier, we lost some feeling of safety, but it could have been so much worse. So very much worse. We don’t know that pain.

We have to find a way to deal with what has happened, but for the most part our lives will just carry on. 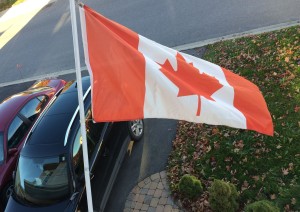 It will be a very difficult Remembrance Day, as we gather around what is now a crime scene, these two soldiers that have died needlessly this week will be honoured, we will cry together, and we will push forward.