The kid has a habit of asking deep questions out of nowhere. The other day we were in the car together, she had been talking about other things, and then suddenly she asked me how Daddy and I fell in love.

She asks these questions and catches you totally off guard and leaves you stumbling to answer.

Today I was at Carleton to see the registrar. I had to take in some documents to get them to do a name change, since I got married after I graduated last time. As I was walking back to my parking spot I took the tunnels from the Quad and ended up on the fourth floor of the university centre. I walked towards the stairs and ended up in front of the door to the stairs that I used to always take up to the fifth floor. Fifth floor UniCentre, Room 531. That’s where I met Joe. When I stopped looking at that door and took the stairs down instead I got a little emotional.

I went in for an interview at the student paper and met the editor and two board members. Out of the three men in that interview one became my husband, the other is a very good friend to us both. (The third guy was a journalism professor who has played no further role in my life).

I started that job in November and Joe and I became friends over the course of the year.Good friends. As editor-in-chief and production manager we were often the last people in the office and we had a lot of good talks. I really don’t know when things changed.

One night I went over to his apartment to watch a movie. That weekend I invited him to my place to watch some movies that were part of an assignment I was doing. And I was really nervous and I wasn’t sure why. It felt like something was happening. We sat together on the couch and after a bit he kissed me. 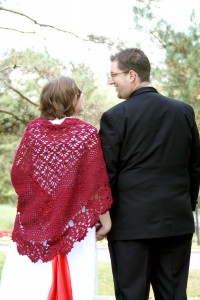 And we’ve never looked back.

I still don’t know when the switch flipped for me. That was the end of March and by the summer we were planning on moving in together and fully expected to get married. I hadn’t even planned on ever getting married but suddenly I really wanted to. Things just kind of fell into place.

So now how do I explain that to my kid?