My daughter has beautiful hair. And I hate it. Really and truly. It’s a pain in the ass.

When I found out we were having a girl my first thought was about all the girly things that I’m not good at, particularly what I would do when she asked me to do her hair or teach her to use make-up.

When she was born with tufts of dark hair it was awesome. When those tufts started standing straight up, it was more awesome. It was also the softest thing ever.

Now, she has lots and lots of very fine hair. 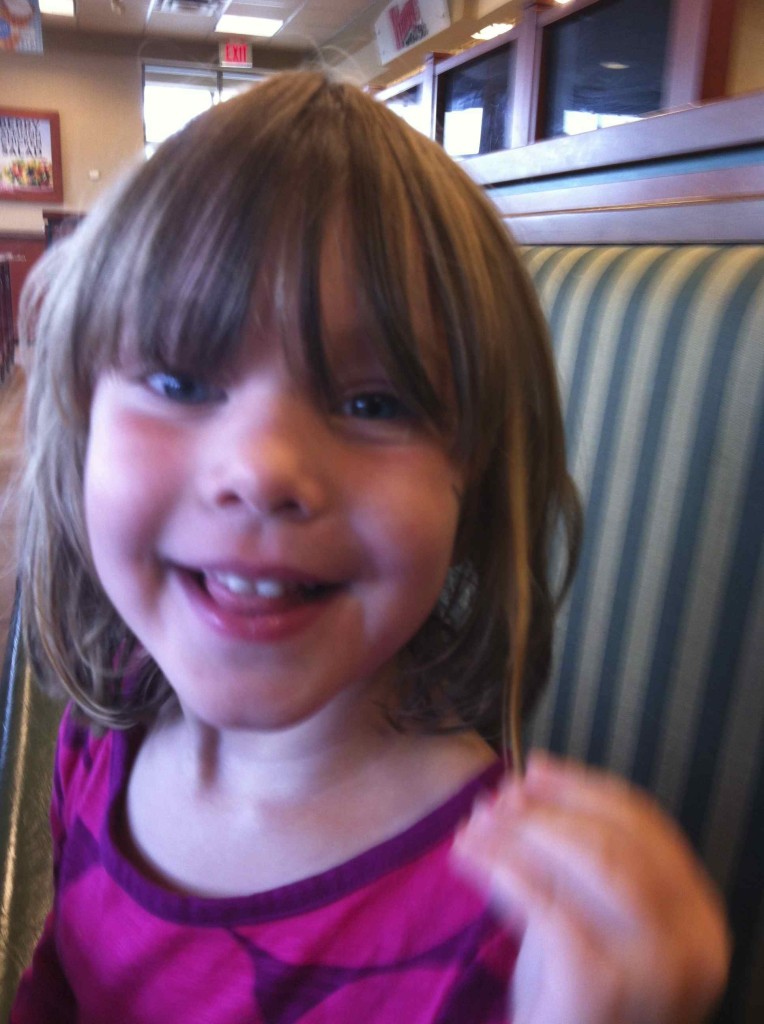 I hate combing it because she fights me almost every time, so I avoid it and that makes everything worse. I’ve tried different brushes and combs, different techniques, sprays and conditioner. I took her to get her hair cut and the woman doing the cutting got through all the tangles and the hair tangled again as she was cutting.

When I was a kid I had the same issues with my hair. For a while I slept in a hairnet to try and keep it from getting too tangled. And my hair was short.

With her long, tangled masses of hair I was left trying to figure out if it’s wrong for a 3-year-old to have dreadlocks.

The kid tells me she wants long hair like her Auntie, but every time one of us has a haircut she declares she wants one too. She says she wants to grow her bangs out. I’ve opted to let her make those decisions for now.

So when she said she wanted a haircut on Thursday because Grandma was getting one I double and triple checked, and let her go.